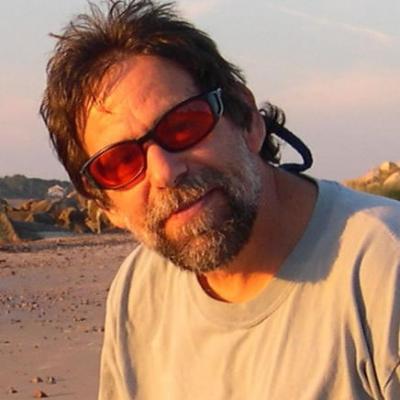 The heart of Howard's education and environmental career has been researching, teaching, and promoting integral, transdisciplinary, developmentally-focused experiential and outdoor learning approaches. These practices have excited, challenged, and motivated his students to enthusiastically learn about the environment and pursue environmentally-related careers.

Roots. Howard's earliest connection to outdoor teaching was as a young teen when he was a Boy Scout, engaging younger scouts to learn and practice outdoor leadership skills. He traces his academic roots in environmental education to an extended middle school interdisciplinary team-based project exploring human population growth. Later, as an undergraduate chemistry major and researcher at UC Berkeley, he worked in Melvin Calvin's lab developing putative biomass fuel plant assays. He remembers the thrill of participating in a hallway conversation, watching Calvin discuss the disparate topics of lasers, biomass fuels, and batteries, all within 15 minutes with several different scientists. These early experiences set him on a path of interdisciplinary, field-oriented work that he would pursue throughout his teaching and research career.

Shoots. After graduating with honors with a BS in Chemistry from UC Berkeley, Howard continued his passion for interdisciplinary science while working at SRI International on EPA contract research. His early research and publications with Ted Mill on the fate of model pesticides and herbicides in water and with light are still cited. While at SRI, he studied environmental engineering at Stanford University and led the multidisciplinary Toastmaster's public speaking club as secretary and then president. This early foray into public speaking and environmental research provided an impetus for a college-level teaching career that led him to pursue a Ph.D. at the University of Wisconsin at Madison.

After starting at UW Madison in Environmental Toxicology, Howard completed his Ph.D. in Bioanalytical Chemistry. He led a team of researchers to construct a prototype instrument that would eventually sequence the human genome. But more importantly, for his environmental education career, he met his future wife, Julie Francis. Julie and Howard recall clearly how they both discussed, while rollerblading, their mutual dream to one day start an environmental education center. They could not know then that their mutual goal would manifest as two successful Colorado environmental education organizations: Catamount Center and Catamount Institute. Before he enrolled at Madison, and while pursuing his graduate work, Howard spent several weeks each summer for almost a decade in outdoor education. He guided annual trips for the National Sierra Club in Yosemite and Glacier National Parks and numerous trips along the Sierra Nevada High Route. In 1991, Julie and Howard exchanged vows in the shadow of Mt. Ritter, the site of one of John Muir's epiphanies.

In 1995, Colorado College initiated its first version Environmental Science Program with biology, chemistry, physics, and geology tracks. Howard helped kickstart a more transdisciplinary approach as lead author of a significant proposal for lab and field-based courses grounded in community-based learning. The successful grant helped bridge the disciplines and eventually led to an integrated Environmental Science Program. He chaired the Environmental Science Program from 2000 – 2007 while developing and teaching a diverse set of transdisciplinary classes, including Air, Water, Energy, Environmental Education, and Inquiry. The program progressed from a discipline-based to a theme-based approach rooted in Earth Systems Science, featuring a balance of social and natural science classes. Howard became more aware of social issues by team-teaching international environmental classes on colonization in the Canada High Arctic and on the impact of dams in Thailand.

In 2004, Howard co-founded the Working Group on Campus Sustainability along with Professor Walt Hecox. The group became the Campus Sustainability Council, which Howard chaired from 2006 – 2014. During that time, Colorado College built a LEED-certified lab building and performing arts center, hired a campus sustainability director and campus energy manager, and laid the groundwork for a ten-year pathway to a carbon-neutral campus by 2020. Colorado College is one of the few colleges to meet this ambitious goal, including a carbon-neutral library, significant energy-efficient conservation efforts, and energy efficiency renovations of existing buildings.

Howard has served as Board President and Treasurer since the inception of the Catamount Center for Environmental Science & Education in 1997. He and Julie developed and promote their 7S theory of change model (Science, Systems, Spirit, Society, Stewardship, Service, Sustainability), an essential component in all its programs. The Center's early work under Research Director Peter Marchand focused on ecological research and forest restoration with grants from the US Forest Service, Colorado Springs Utilities, and The Nature Conservancy. However, this emphasis shifted in 2014 when Catamount Center partnered with Colorado College to initiate the Teaching and Researching Environmental Education (TREE) Semester, an intensive 16-week residential undergraduate program to prepare future environmental leaders.

Much of TREE's conception and success can be attributed to Howard's becoming a CAEE master certified environmental educator in 2008. He has played an active role in professionalization with CAEE since. In his classes and at CAEE, he has reviewed more than 200 professional environmental education portfolios. Howard served on CAEE's certification committee and has reviewed portfolios semi-annually almost every year since 2009. He also shares his exhaustive knowledge of the EE literature and its applications through papers and workshops at the annual NAAEE and CAEE conferences.

Howard's current projects include his longest-standing project of understanding personal development of environmental stewardship and newer ideas about incorporating justice and equity issues into environmental education. Along with Professor Juan Miguel Arias, Howard is currently writing about integrating concepts of power and equity into existing environmental education classes through enhanced content and pedagogy. Howard has also worked with Shanti Gaia and Theo Dawson at Lectica® since 2012 developing the Lectical Ecological Stewardship Assessment (LESA). This new, open-ended assessment seeks to better understand how we develop our conceptions of environmental stewardship over our lifetime. Howard is also working at TREE and with the Colorado College Education Department to incorporate a sociocratic governance model which focuses on distributed leadership and decision-making as a pathway to equity.

Retirement. Though retirement is still a few years away, Howard eyes this an as opportunity to extend the TREE model to other locations and colleges, work more as a mentor with Latin American students in the Latin American Leadership Academy (LALA), further develop and test LESA, and continue his environmental education writing through several articles and books related to all he has learned and continues to learn in environmental education.

Howard was born in Long Island, NY, but lived in Colorado with his wife Julie Francis since joining the Colorado College faculty in 1992. He and Julie currently live in Colorado Springs, where they supported the growth and development of their son Skyler Muir and daughter Sierra Pearl. In addition to co-leading several intense Sierra Club trips together, Howard and Julie have enjoyed extended kayak expeditions to the Haida Gwaii Provincial Park in British Columbia and Glacier Bay, Alaska, as well as family sabbatical adventures to Thailand, Panama, Hawaii, and Woods Hole. Howard is also an avid practitioner and teacher of tai chi forms and weapons at the Tai Chi Association of Colorado Springs as a Level VIII instructor.