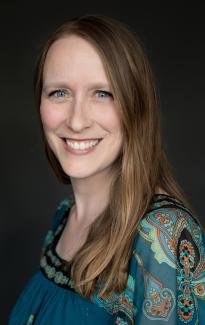 Christine Berg became Mayor of Lafayette in 2013 and served until January of 2019. She brought a rich background to this position including travel throughout the country as a field archaeologist, coordinator of international youth leadership programs through the U.S. State Department, and as the community outreach manager for the office of U.S. Rep. Jared Polis. As mayor, she was a tireless advocate for strengthening the Lafayette community through efforts ranging from the revitalization of old town Lafayette to promoting youth engagement. Within this context of overall community health, Ms. Berg has made the environment a top priority as well. She played a central role in reviving the city's farmers’ market and received the 2015 Elected Official of the Year award from the Colorado Association for Recycling for Lafayette’s curbside composting program.

Ms. Berg has been very supportive of green business and energy and climate action. She co-chaired the effort to pass a county wide sustainability tax, and lead efforts to establish Lafayette's Climate Action goals of using 100% renewable energy by 2030 and an 80% reduction in greenhouse gas emissions by 2050. In 2014, the City of Lafayette received the Xcel Energy Sustainability Commitment Award for outstanding leadership in sustainability and commitment to energy efficiency and renewable energy. Ms. Berg has also been a big supporter of the city’s open space environmental education efforts, both as mayor and a member of the community. Christine currently serves as the Colorado field consultant for Moms Clean Air Force which brings families together to fight against air pollution and the impact of the climate crisis on children's health so, “we have the best future possible for all of us.” She can often be seen speaking at events, public hearings and in meetings policy makers joined by her two young daughters age 2 and 5. Ms. Berg lives with her family in Lafayette including her husband Zak Wood, an employee of the National Park Service, her girls Sunny and Lumina, and her rescue dog Conan.